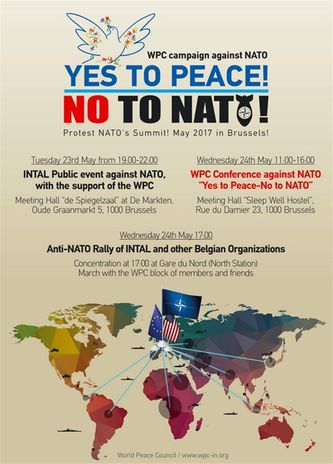 The German Peace Council was the host organisation. The main point of the agenda was to inform the representatives of the mentioned organisations about the state all of the individual countries find themselves in and to propose a campaign against this year’s NATO summit that will be taking place in May.

The discussion showed that people are generally aware of the danger of war. It also showed that the work of independent peace organisation that are working across the political spectrum is much more effective.

Wolfgang Gehrck, a representative of the German political party Die Linke, also took part in a discussion, saying that the main goal of his party is to bring down NATO and to replace it with a new collective European defence force with the participation of Russia.

On the other hand, representatives of the Eastern Bloc countries, Italy and Middle East (Turkey, Iran and Syria) see the greatest danger for the peaceful development of Europe in mass illegal immigration and on the contrary they see the political power that can prevent disaster in the patriotic parties.

The Czech Republic was represented by the association Soldiers against War that, together with the Czech Peace Forum, prepared a speech in which the following was said:

„The era of regional wars has come to an end. These wars didn’t bring their architects closer to their goals – the hegemony of the US in the coming development of the world. The US is still a global superpower, but it’s losing its goal that is anchored in the Security strategy of the US – to be the undisputed ruler of the world and to be that even without considering its allies.  Last year, the US started preparing for war at the NATO summit in Warsaw. The events that were taking place helped their cause. Eastern Europe and the Baltics were becoming one giant military training ground both on the ground and in the air. Numerous excuses were made to place NATO troops on the ground in many critical areas. War psychosis is being created even as we speak and according to them, the world has but one enemy – the Russian federation. The world of course also has saviour – the US and NATO.

NATO is heading to a dead end and it has only two options left – either to exist or not to exist. We can either gradually replace NATO with a system focusing on Europe-wide security, or simply disband NATO as it is. The option of creating a safe geographical area from the Atlantic to the Ural would favour the first proposition. This comes together with a needed unification of the political, economical, demographical, defence, energy and transportation potential. This system however, cannot become a new EU or a European superstate or even a European army. This will be a system of collective security. The future pan-European security system could potentially measure in strength to many powers outside of Europe.

This is why we have to change the system. Regarding the OSN, system that oversees the compliance with international law has to be changed. Without this significant change, we cannot even begin to think about a continual security.

To let NATO remain in its current state, especially to let it remain in the role of a guarantor of the European and worldwide security, or to further expand it, would be unacceptable for world peace!“

Jiří Bureš, chairman of the association Soldiers against War

The report was published here: 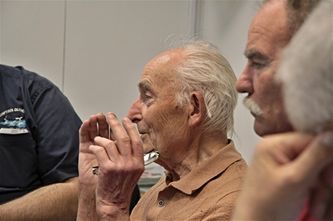 To the WPC Member Organizations in Europe

We have just received the communication of the passing away of Jiri Sobotka, please see the text bellow from the Czech Peace Forum.